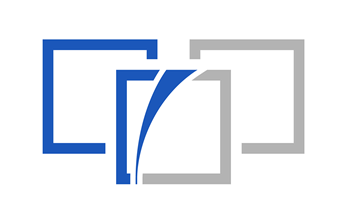 when to consider referring friends and family

Aphasia: disturbance of the comprehension or expression of language.

Apraxia: difficulty in performing a motor task in the absence of any significant

Atony: A lack of muscle tone.

Atrophy: Shrinkage or wasting away of an organ or tissue because of a reduction

in the size or number of its cells. Tissue atrophy may occur secondary to cell

Aura: Symptoms which occur prior to a particular neurological event such as a

Bradykinesia: The slowing of motor movements due to dysfunction of a

specialized group of cells in the brain called the basal ganglia.

Cramping:  A painful muscle spasm, which may involve one or more muscles.

Dementia: An acquired loss of cognitive function that may affect language,

Imbalance: Lack of equality between muscle forces leading to difficulty

performing a task such as walking

Incoordination (ataxia): Inability to efficiently contract muscles in a smooth

firing pattern during the execution of a movement.

Muscle Fatigue: A progressive loss of muscle performance associated with

physical exertion. This may occur secondary to a loss of nerve supply to the

muscle or with deconditioning of the muscle secondary to disuse or disease.

Pain: An unpleasant sensation associated with actual or potential tissue

damage, mediated by specific nerve fibers which carry the information to the

brain where its conscious appreciation may be modified by various factors.

Paresthesia: Unusual sensory symptoms consisting of one or more of the

Ptosis: Drooping of the eyelids due to weakness of the muscles responsible for

Numbness: Diminished sensation with a feeling of dullness.

Sleep Apnea: A disorder that results in apnea (cessation of breathing) during

sleep often secondary to obstruction of the airway.

Spasticity: stiffness or rigidity of muscles involving the limbs, which often

Occurs secondary to dysfunction or compromise of the corticospinal tracts (motor

Tingling: A peculiar pricking sensation caused by cold, by an emotional shock or

Tinnitus: Subjective ringing or noise in the ears.

Vertigo: Dizziness or imbalance that is often associated with a spinning or

Weakness: A loss or reduction of physical strength

Sign up to hear from us about specials, sales, and events.